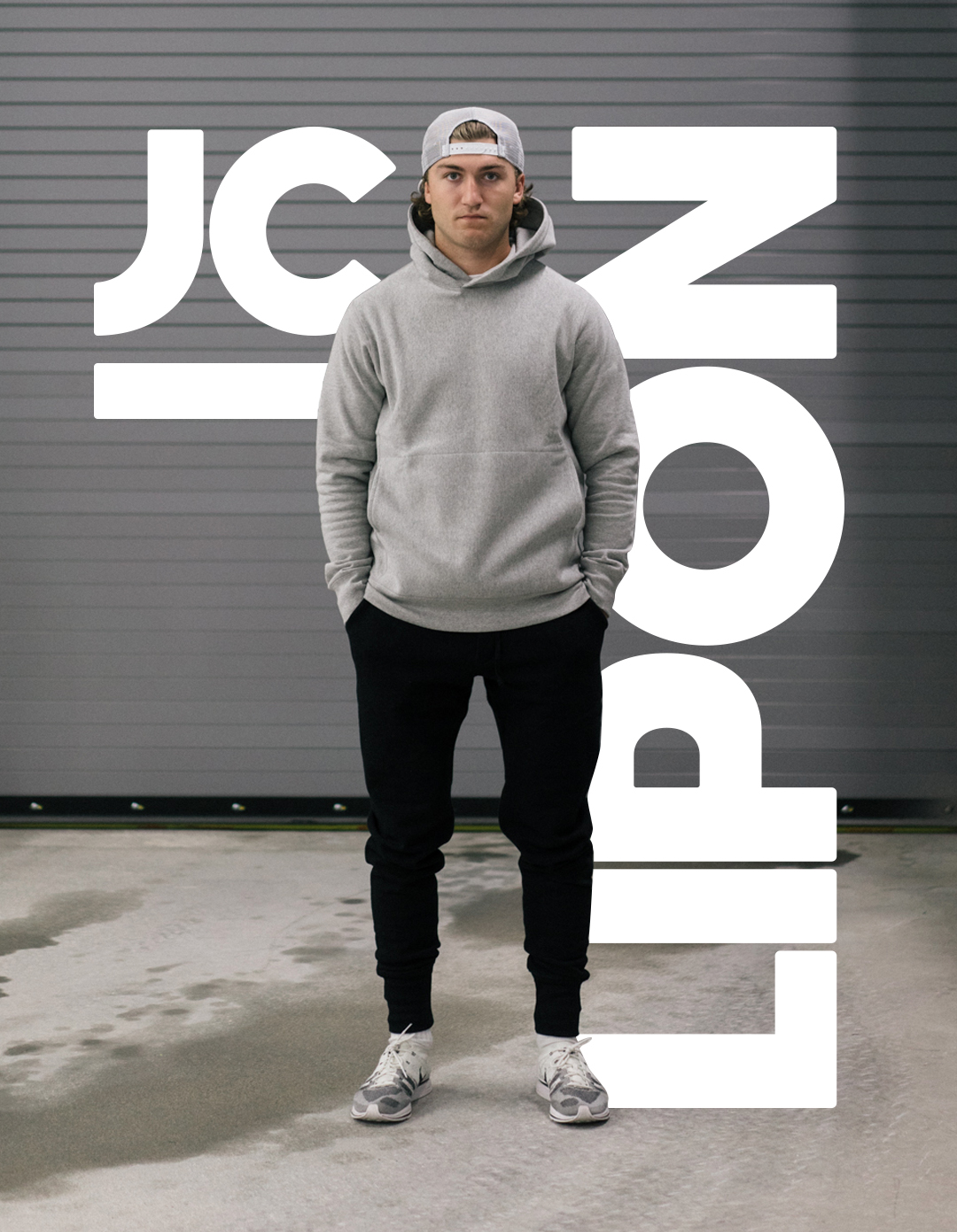 In light of the up-coming Heritage Classic festivities we linked up with Regina native and Winnipeg Jet prospect, JC Lipon, to chat Regina, the significance of #34 and life as a Jet.

Regina boasts a number of successful athletes – accomplished Olympians to celebrated hockey players. Compile a foursome of Regina born, past or present, athletes you would enjoy an afternoon on the water with.

I would go with athletes that grew up in the valley in the summer and who I’ve had some great memories with… Mcmorris brothers, Ashley Leugner (pro women’s rider) and Jamie Heward.

Theoretically, you’re hosting a few guys form your 2013 WJC team and doing a tour of local Regina food and beverage establishments. Who are you inviting down from the 2013 Canadian World Junior squad and where do you take the guys?

World juniors seems like a very long time ago. We had a very good team that lockout year, lots of talent. The four guys I would invite would be Mark Scheifele, Ty Rattie, Ryan Nugent-Hopkins, and Boone Jenner. We would head to the Cathedral Social Hall.

And what story from that tournament in Russia or camp is the group most likely to hysterically reminisce over?

Lots of memories from that trip to Russia, but I would have to say the fact that Team Canada rented out a whole hotel for us and whenever we went to the rink, we got escorted by two cops cars… one car at each end of the bus.

During the summer you make the regular trips out to the family cottage out near Fort Qu’Appelle. What’s cued up on the playlist?

Music is a huge part of everything I do, and enjoy everything from rock to hip hop. However, a little Alan Jackson, or Travis Tritt.

I imagine going undrafted in 2012 motivated you and put a little chip on your shoulder. One year later you go in the 3rd round to Winnipeg. Where were you and who gave you the call to welcome you to the Winnipeg Jets?

I never had too many expectations at the time as my last two years of junior went a lot smoother then my first two. But the year I got drafted was a cool year because everything came together and I finally knew that I could play pro. I didn’t attend the draft, I just invited a crew out to the lake and had a regular day till my name was called, which was a dream come true.

You made your NHL debut against the Colorado Avalanche, that oddly enough, had you face-off against one of the owners of your former junior team (the Kamloops Blazers) in Jarome Iginla. What’s the first memory to come from that evening and getting the call from then coach Keith McCambridge?

That was definitely really cool, and we got to talk about it at the Kamloops Blazer golf Alumni Tournament, awesome moment. First call up, I was in Charlotte taking a nap before our game that evening and normally I don’t answer calls during my nap, but good thing I did. Had to pack up and head back to Winnipeg. 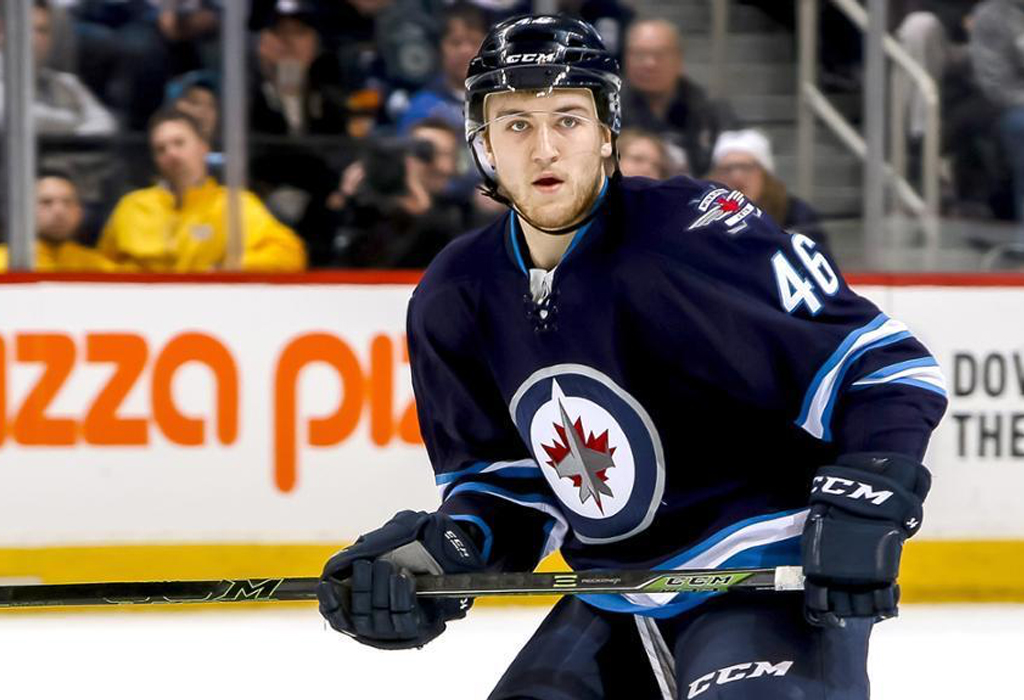 You’re an accomplished wakeboarder having competed at World’s in Reno, Nevada and having taken home a Canadian National Wakeboarding title over good friend and Regina born Mark McMorris (fact check me if I am wrong on this). How competitive do you Mark and Craig get behind the boat and who is most likely to come out on top these days?

I get behind the boat probably more then them in the summer, however my contract terms are a little different then there’s Lol. We would be pretty similar on the water, although, they’re still getting inverted on the daily so who knows.

We love good stories and I feel like any time spent with the McMorris’ result in that, good stories. What’s your fondest story – that you can share?

I was skateboarding with my little brother and he was with his when we were around 8 at the lake and they approached us and first thing they said was… “Hey dude, can you do a kickflip?”. I did one, and we all became friends.

When and how did you inherit the nickname Gator and who is is responsible for claiming the chiclet from the JC Lipon smile?

I got the name when I was playing junior in my last year because my brother was playing with me. It got confusing hearing “Lippy” all the time. This movie had this gator reference in it and my roommate thought it was hilarious and started testing it out. Then I changed my twitter handle to Jgator, and then it went from there. And the tooth. This guy was playing against me in beer league, and didn’t really know the common courtesy of keeping your stick down… knocked it out. But I was playing with my dad, when we got home my mom was mad at my dad for some reason…

In 2006, the hockey community and Winnipeg hockey community lost Todd Davison after a long battle with Synovial Sarcoma. Over the course of your junior career and professional career you have worn number #34. What does that number mean to you?

It’s means the world to me. I was in my first year of bantam, when they called us and broke the news. At that time I was a good player but very tiny. Todd was also very small, but feared no one. I started to take hockey a lot more serious at that time, and both brothers motivated me a lot. I watched them play for Regina Pats and would always brag about them. Went on and made a career of it and got drafted to the city where the Davison family resides. His dad, Bob, has treated me like a son, takes me into his home during training camp, attends games when he can. So it’s pretty cool.