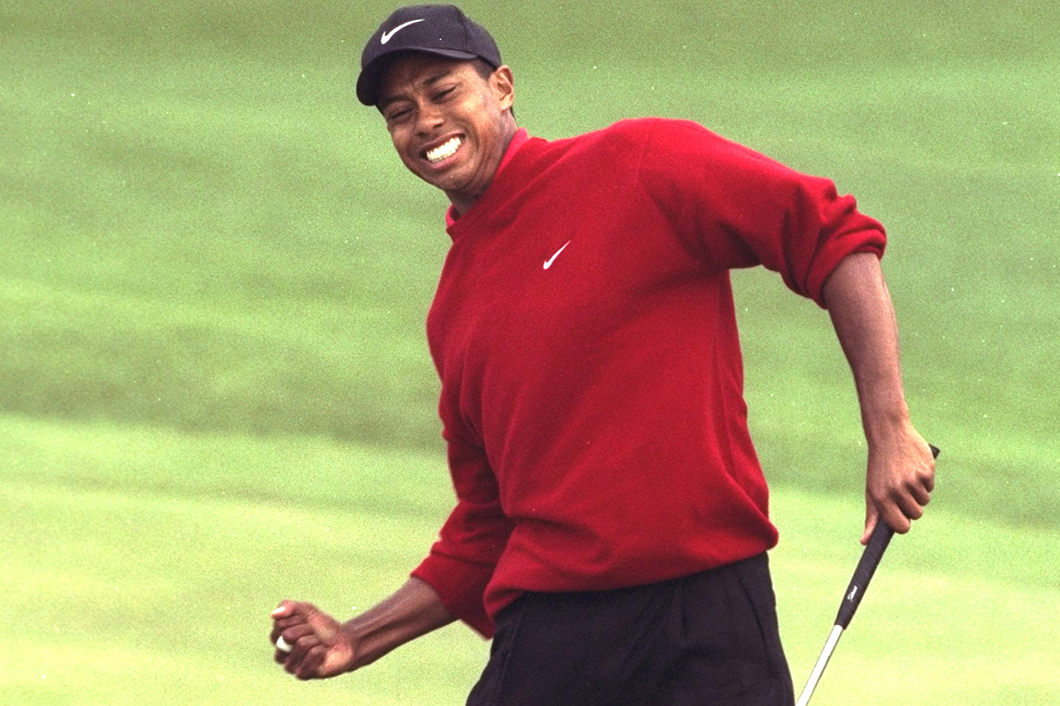 It’s that time again. What usually is an annual pilgrimage to Augusta National in April is now a November love affair. This year the players won’t be met with the whispering commentary that sweeps over blooming magnolias. No, instead this year the event will kick off with a weather delay, in November, in front of the same size live audience I pull when I make dinner.

For most golf lovers we can pinpoint the exact moment the Masters become a cornerstone of our DNA. For me it was a family vacation in April of 1997 in Palm Springs. The house that my parents had rented had a small pool that backed on to a golf course. We ended up spending most of the afternoons that week poolside. As a 10 year old there weren’t many better places to be. As we got into Thursday my Dad decided to jury-rig the rental house tube TV, the cord through the sliding glass door, out to the veranda. We jiggled an antenna’s until Tiger emerged through the static, appearing on screen on his way to re-writing history. It was hard to believe that it was just a mere 8 or 9 months prior that our family dinner discussion had been in regards to my Dad reading of a young golfer signing a lucrative deal with Nike worth $40 million dollars over five years. And his name was Tiger. I remember thinking how silly that name was and wondering how Nike had so much money. Now, here we were, less than a year later watching this 21-year-old, not only win one of golfs most prestigious tournaments but utterly dominate.

What I think a lot of people forget about those 4 days of destiny was Tiger’s early round struggles turning in 4-over-par 40 on his first front 9 and then making the turn, picking up four birdies and an eagle to give himself a 6-under-par 30 on the back nine for a 70. From there he would take sole possession of the lead Friday with an eagle on 13 and never look back.

Every time I think about this 1997 accomplishment I can’t help but wonder what the state of golf would be if Tiger hadn’t literally pounced on the scene. Tiger single handily reshaped the entire landscape on which the PGA Tour had been built. His win impacted the reach, the style and culture of golf. He literally changed the sport forever that week in Augusta.

One of the greatest accomplishment from that week was probably diversifying the sport at a club that had long had the reputation of exclusivity. The club’s co-founder, Clifford Roberts, once infamously said, “as long as I’m alive, golfers will be white, and caddies will be black.”

No black golfer played the Masters until Lee Elder in 1975 and only Jim Thorpe and Calvin Peete followed in the next two decades. Until 1982, all of the caddies in the tournament were black. And here we were watching a slender, 21-year-old, fist pumping on the sacred grounds of August National becoming the first minority golfer to win a major championship.

The impact Tiger had on our generation really can’t be described.

A few weeks back, as we were pandemic tight in our house, I was rummaging our basement. I’v been on a mission to toss out junk (likely only to make room for more junk), but as I was, I stumbled across my Tiger Woods scrapbook. I began “scrapbooking”, compiling clippings, swing diagrams, and commentary on Tiger the day after that monumentous win, having my parents stop at gas stations and convenience stores on the way to the airport the Monday after the final round. 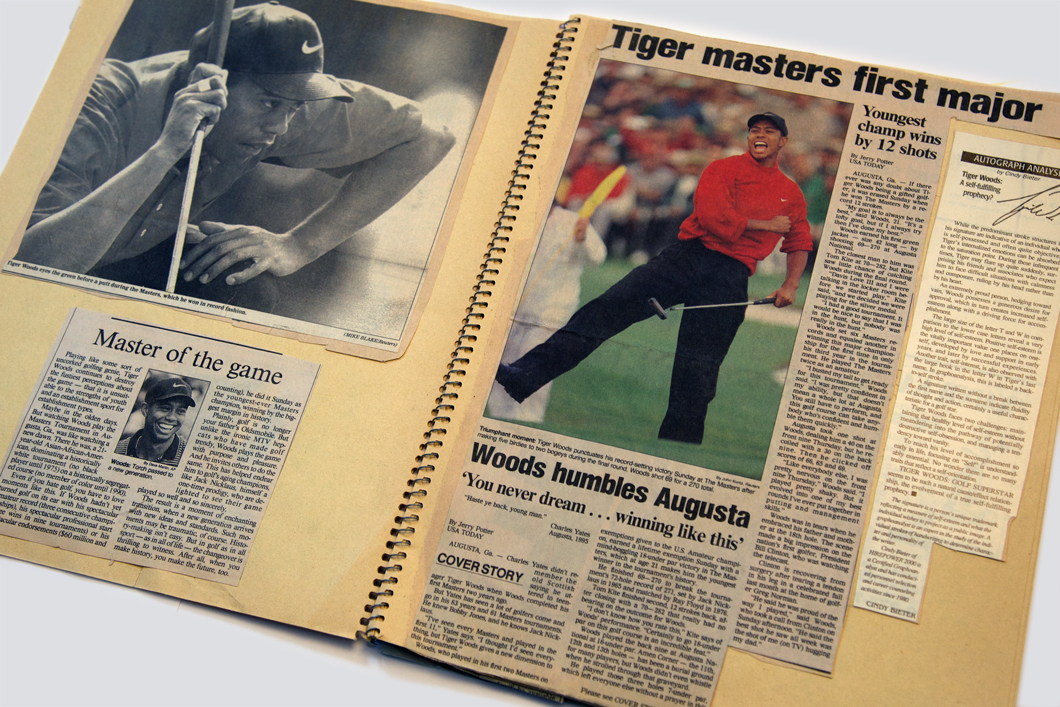 I don’t know who taught me to cut at the age of 10 but I know this moment in history peaked my interest in a sport that I am still very average at today. Without a doubt that display of will and skill is the sole reason that the sport of golf landed on my radar. That summer my Uncle offered me a set of golf clubs. Five sticks – Driver, 5 iron, 7 iron, wedge and a putter. My parents, wanting to instil pride of ownership and the power of earning something, encouraged me to save up for them and to purchase them at the negotiated price. My uncle came at me with $50, I am sure expecting a counter, but $50 sounded like a bargain to follow the lead of a Tiger. He couldn’t wait to give me the clubs so he handed over the vinyl blue bag of clubs and told me he would accept a payment plan which was essential just pay me what you have saved between seeing each other. I started to save loonies and toonies in one of those 8 slot plastic coin holders paying of the debt as quickly as I could shake loonies from the couch, slanging original pieces of art to family and neighbours and I am sure raiding my parents change draw at some point.

Woods and Mark O’Meara – Woods’ good friend who would go on to win the Masters himself the following year – played a casual round together at Isleworth Country Club the Friday before the ’97 event in which Tiger shot a course-record 13-under-par 59.

As legend has it, the two played again the next day. This time, with Woods already 5-under after 10 holes, he proceeded to make a hole-in-one on 11. As the story goes, O’Meara gave Woods $100 on the spot and drove his cart home in disbelief without saying another word to Woods.

After Woods’ opening nine struggles, he would go on to shoot -22 after that, firing 66-65-69 over his final three rounds. He would make just three total bogeys in Rounds 2 through 4, at one point going 38-straight holes without a bogey.

On Augusta’s tricky greens, he didn’t three-putt all week

This was Woods’ first time playing Augusta National as a professional, and the fact that he didn’t have a single three-putt over the 72 holes remains one of the most mind-boggling stats from the week. 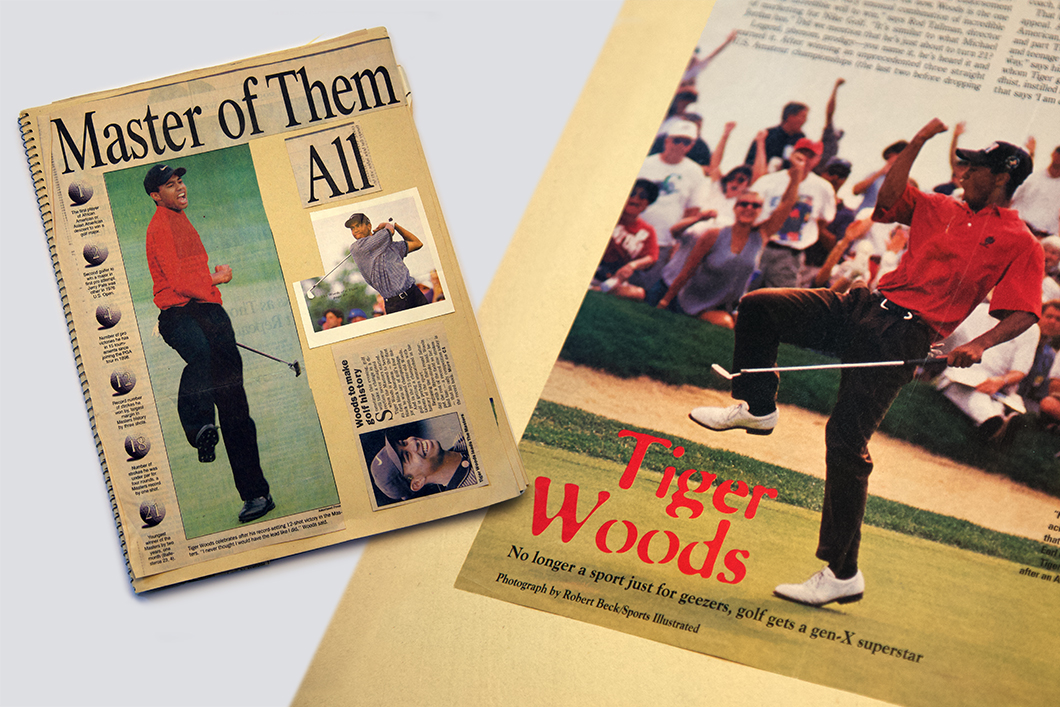 Some golfers at the 1997 Masters were still using persimmon drivers, but Woods had already started to use technology to his advantage. His average of 323 yards off the tee during the week was 23 yards more than the next-longest driver (only Scott Hoch also averaged more than 300 yards a pop that week, and just barely, at 300.3). The longest hitter for the season in 1997 was John Daly, who was the lone golfer to average more than 300 yards per drive. (Woods was second in ’97, averaging 294.8 yards).

He was the first minority golfer to win a major championship

Woods calls himself ‘Cablinasian’, a mix of his parents’ ethnicities – Caucasian, Black, Indian (Native American), and Asian, and given Augusta National’s treatment of minorities in the past and Woods’ own admission of experiencing racism growing up, the win was an important feat (beyond just golf).

He ate at Arbys every single night that week

Unveiled in Woods’ recent book on the 1997 Masters, he and his friends ate at Arbys, the fast-food chain in the U.S. – every night after his round was done. Although he ate either chicken or steak before the tournament for dinner, his superstitious friends made a point of stopping at Arbys after every round because he was playing well. 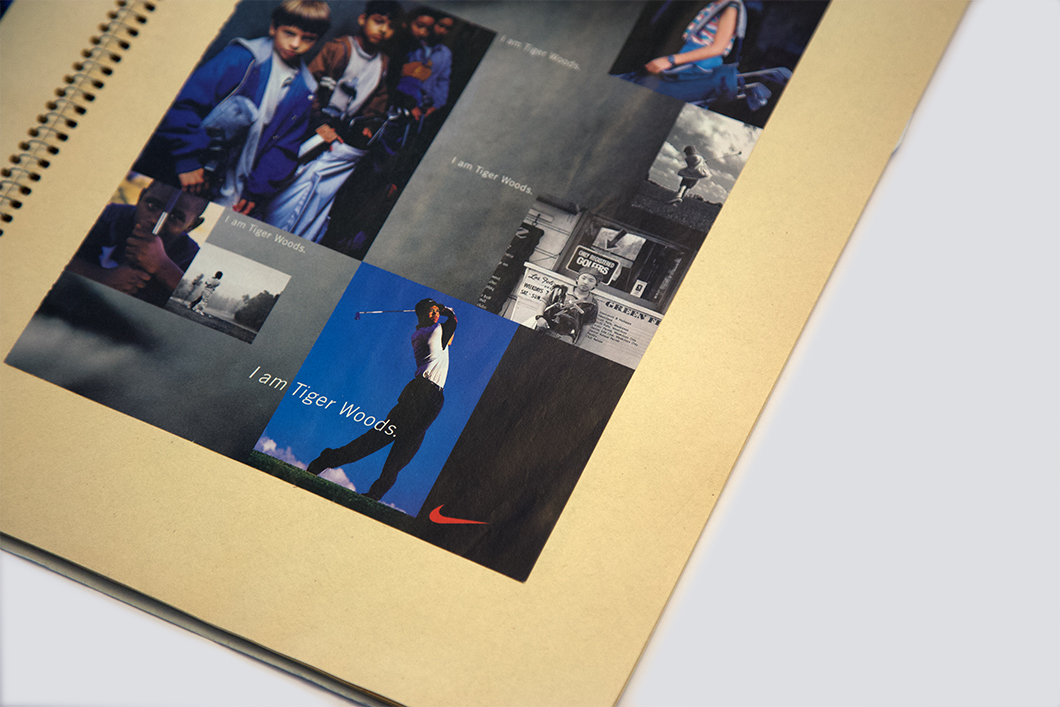 Another interesting nugget from Woods’ book: after his victory, and late on Sunday, he and his friends rolled down the window of his Cadillac courtesy car and blasted “C’mon N’ Ride It (The Train)” out of the stereo. Although unconfirmed, it’s likely this is the first time the Quad City DJs were played from a car stereo so loudly down Magnolia Lane.

He fell asleep fully clothed, clutching the Green Jacket like a blanket

After Woods’ champions dinner Sunday night, his drive down Magnolia Lane with his friends (and the stop at Arbys) the party continued into the wee hours of Monday morning where Woods fielded calls from U.S. President Bill Clinton and was visited by Nike President and CEO Phil Knight. The party concluded when no one could find the Masters champion. He had retreated to a bedroom, holding the Green Jacket over most of his upper body, and was fast asleep.