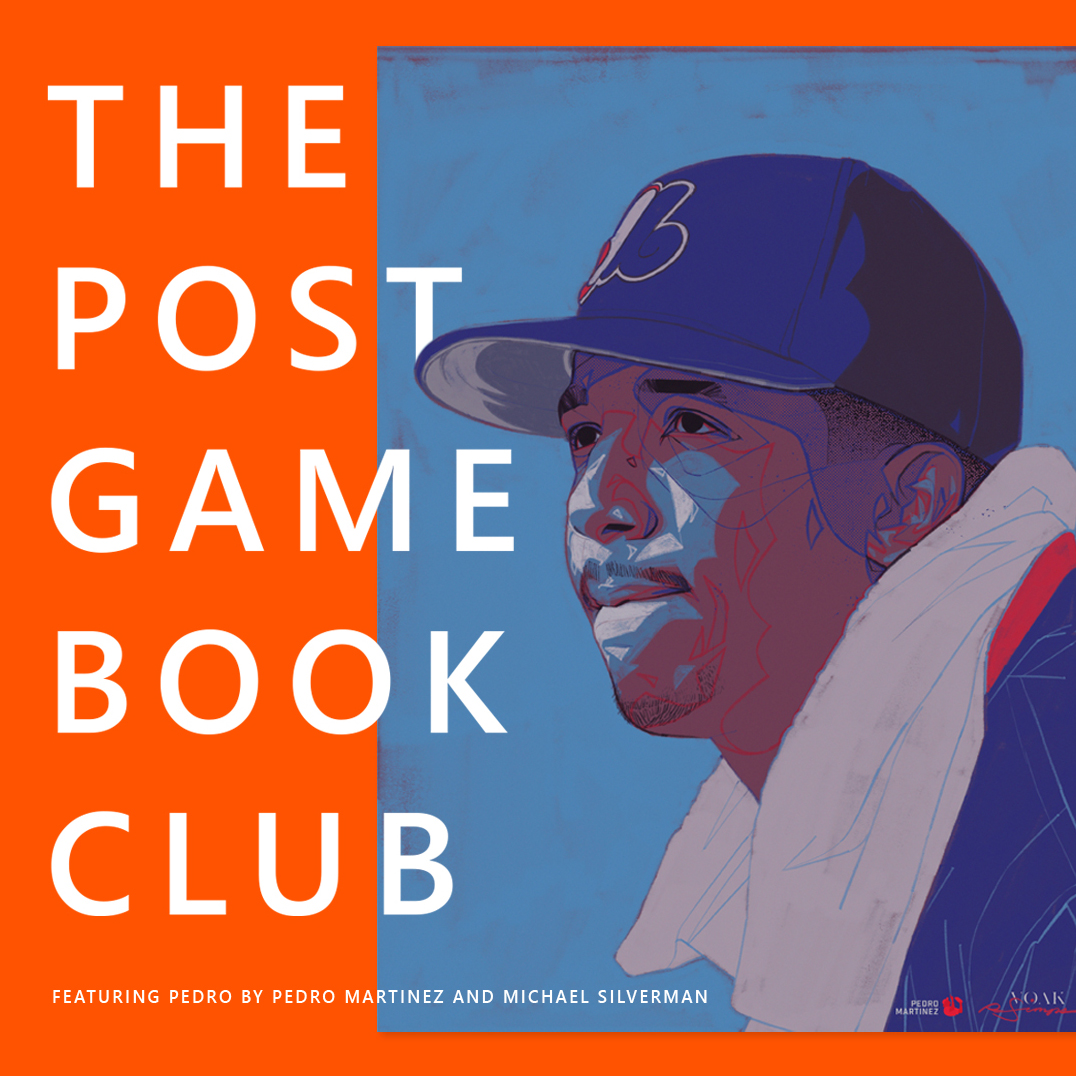 We are excited to announce Pedro by Pedro Martinez and Michael Silverman as the first Post Game Book Club feature. We are also excited to announce our official partnership with Pedro Martinez. Over the course of the next month we will indulge in his bold, no-holds-barred memoir that lifts the curtain on one of the games most dominant and dynamic pitchers to ever play.

Before Pedro Martinez was the eight-time All Star, three-time Cy Young Award winner, and World Series champion, before stadiums full of fans chanted his name, he was just a little kid from the Dominican Republic who sat under a mango tree and dreamed of playing pro ball. Now in Pedro, the charismatic and always colorful pitcher opens up for the first time to tell his remarkable story.

Martinez entered the big leagues a scrawny power pitcher with a lightning arm who they said wasn’t “durable” enough, who they said was a punk. But what they underestimated about Pedro Martinez was the intensity of the fire inside. Like no one before or since, Martinez willed himself to become one of the most intimidating pitchers to have ever played the game.

In Pedro we relive it all in Technicolor brightness, from his hardscrabble days in the minor leagues clawing for respect; to his early formative years Montreal, where he first struggled with the reputation of being a headhunter; to his legendary run with the Red Sox when start after start he dazzled with his pitching genius; to his twilight years on the mound as he put the finishing touches on a body of work that made him an icon.

Bold, outspoken, intimate in its details, and grand in ego and ambition, this memoir by one of baseball’s most enigmatic figures will be sure to captivate sports fans alike.

Through our partnership with Pedro we will be offering a unique opportunity to get your copy of the book. Starting Friday (August 28, 10am CST) you can purchase a paperback copy of Pedro alongside a limited edition (numbered of 45) signed and inscribed print. Purchase of the book through the site is not a prerequisite for participation but each sale supports the Pedro Martinez Foundation and the ongoing work of Pedro and Carolina Martinez. But track down a copy any way you desire and jump in with us.

Any questions hit us up on social or postgamebookclub@voaksportswear.com.