The Humble Masterpiece | History of the Hoodie 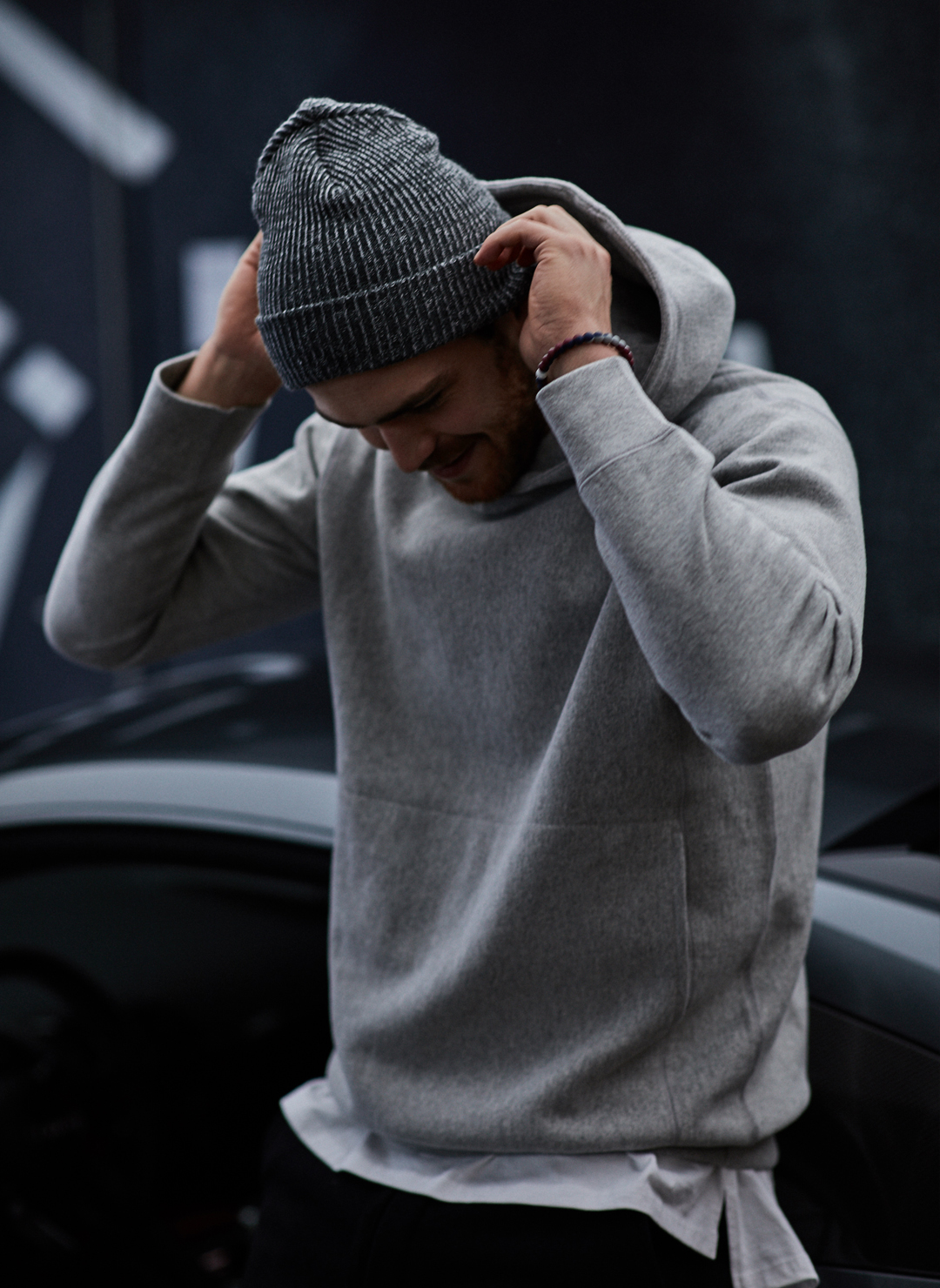 The hooded sweatshirt is one of the most iconic menswear wardrobe staples ever created. For almost 100 years it has solidified itself as an essential participant in daily life. Accompanying our bodies on trips to the gym and grocery, our workplace and dressing down a social evening out with friends.

When asked to describe the hooded sweatshirt, Senior Design curator of MoMA Paola Antonelli, refers to the fashion staple as “the humble masterpiece”.

Like many utilitarian garments, the hoodie is very basic in its design but in this simplicity it has offered a canvas of unending possibilities. The hoodie has graced the high-fashion runways of Paris Fashion Week to the order forms of local high school athletic programs. Turn on the TV and you might catch Bill Belichick hiding under the dome of his chopped sleeve fleece or Kanye dodging the lenses of TMZ in his latest Yeezy creation.

The earliest “hoodies” can be dated back to ancient Greek and Rome. In medieval Europe Monks wore tunics with hoods (then known as “cowls”) and labourers wore capes with hoods known as “chaperon”. It is widely believed that the short cape (“capa”) was imported to England in the 12th Century during the Norman Conquest, as the cape was particularly common in Normandy. Interestingly enough the word “hood” derives from the Anglo-Saxon word “höd” which has the same root as the word “hat”.

During the 1930’s Rochester New York bothers Abraham and William Feinbloom found themselves at the helm of Knickerbocker Knitting Company (later to be known the world over as Champion Sportswear) attempting to develop a garment that would offer athletes and labourers protection from the elements. They would first take the crewneck and introduce elastic cuffs and waistband in an effort to trap and harness the heat. The next logical step, the attachment of a hood, would lead us to the modern day hoodie (though at that time referred to as the ‘side-line’ sweatshirt). The development of the hooded sweartshirt lead to an agreement with the Michigan Wolverines to produce uniforms for their teams. The hoodie would soon after be adopted by the US Military Academy to be used during training exercises and physical education classes.

In the mid 1970s and early 1980’s the hood would transition its associations, aligning itself within the inner circles of hip-hop and skate and be adopted by youth-driven communities. Depicted in the 1976 classic, Rocky, the hoodie became symbolic of hard knocks, work ethic and working class and enter into mainstream fashion.

The hoodie is a garment with unrivalled ability. For some it serves as a cloaking instrument, offering anonymity and concealment. For some it simply can be boiled down to comfort. For others it’s a pretence of protection. On the flip side of the spectrum, the hoodie has become an object associated with tragedy and instillment of fear. It has represented accomplishment and hard work and at the same time become a national symbol of injustice – early renderings of the unabomber to the tragedy of Trayvon Martin. In 2015, Oklahoma state representative Don Barrington went as far as to proposed a bill to criminalize wearing a “robe, mask or other disguise” in public that would “intentionally conceal the wearer’s identity”, a bill which was criticized as an attempt to criminalize the wearing of the hoodie.

And like many garment before it, it has been adopted and adapted. From traditional fits to the here and now trends of boxier silhouettes and over-sized fits made popular by a bounty of street style stars. It ranges from “how is that possible” Walmart prices of $9.99 (a comparable cost to a slice of pizza and drink) to emblazoned $3,0000 Gucci hoodies (the equivalent of a couple mortgage payments).

The person in power once wearing the suit is now the bodyguard and the person concealed to his right, dodging the bright lights under the cotton jersey with drawstrings pulled tight, the person of power.

Here’s our most recent take on this iconic silhouette.