The Greatest Sport Prop to Grace the Big Screen 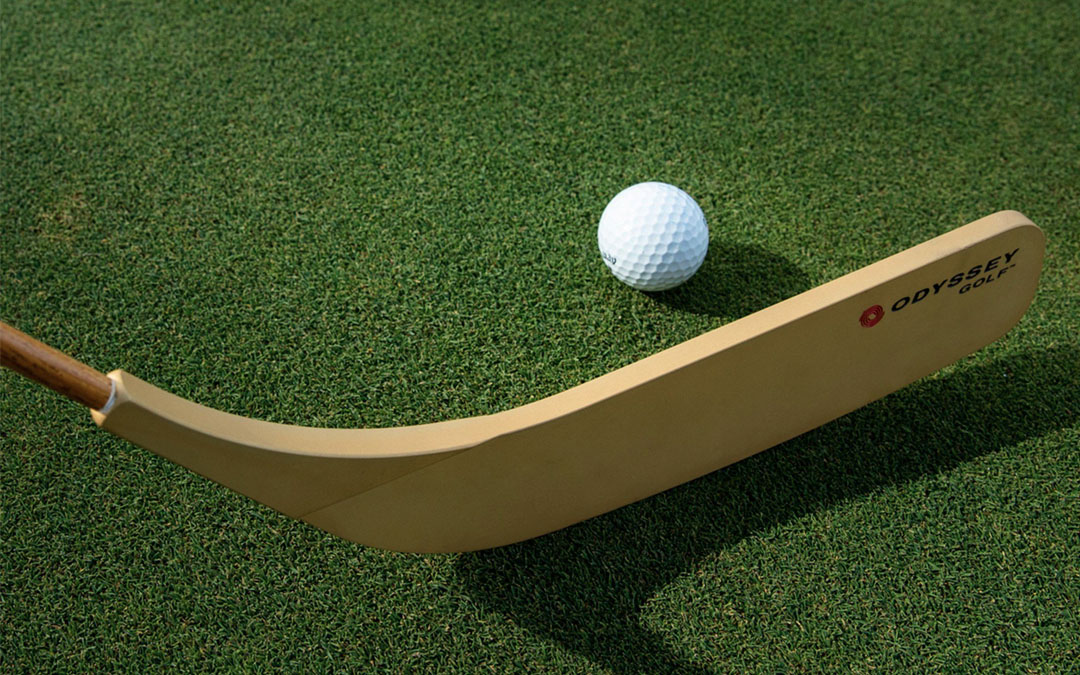 “To be honest. I was pretty scared. Actually really scared. So nervous in-fact, that on the day the movie came out and the whole Odyssey crew headed town to Del Mar to see the movie – I sat alone”. – Vikash Sanyal (Vice President Marketing Odyssey Sport Inc.)

Vikash Sanyal had his hand in many of Odyssey Sports day-to-day operations. Fresh out of University he was spending 50-60 hours a week implementing a marketing strategy from the ground up for Odyssey Golf. After checking the University job posting board he saw a small cue-card posting from a golf equipment manufacturer looking for a head of production. After a two-hour job interview the CEO, Michael Magerman, offered to create a marketing position for Viaksh. He recalls his early tasks included introducing demo days, telemarketing, public relations, hustling putters out on tour with a little product placement work. Years later, as he reminisces on this time at Odyssey Sport Inc., you can tell that the Gilmore putter is right up there with some of his fondest moments. Probably somewhere just beneath his role in growing the Odyssey brand to the point where Odyssey Sports Inc. was acquired by Callaway Golf for $130M.

The beginnings for Odyssey were lean and humble. So lean in fact that when Vikash joined Odyssey in 1990 him and founder Michael Magerman came to an agreement that Vikash’s would defer his salary for a year and a half in exchange Odyssey Golf would pay to cover his Masters education when he decided to go back to school.

“We wanted Chris (McDonald) for shooter. He read it and was yeah, yeah, sure I’ll do it. His agent calls and says he can’t do it. So I call him and I go – I thought you wanted to do this movie? He goes on to say he just filmed two movies in a row, on location, and just couldn’t be away from the family again. I responded with something like – It’s summer. We will rent you a house (we had no money or authority to do this). We will rent you a house on the water for you and the family. It will be like a summer vacation. You play golf with Adam all day and you go back to your family at night.” – Dennis Dugan (Director – Happy Gilmore)

That’s how Director Dennis Dugan recalls them securing Christopher McDonald who most people still see on the street and yell out, “Shooter”. Dennis would also fulfill the role of Tour Commissioner Doug Thompson and it would be Dennis who would make the pitch to Odyssey’s Vikash Sanyal for a putter resembling a hockey stick.

Vikash requested a script to read through before making the pitch to his mentor and company President. Odyssey was a company built on innovation and technology and though this was a far call from a traditional golf movie, Odyssey had never been scared to think and market outside the box. After reading through the script it was evident that the movie would sit alongside titles like Caddy Shack and Vikash made the pitch.

“I have a faint memory of Vikash coming into my office and telling me about this opportunity to make a hockey stick putter for an Adam Sandler movie. At the end of our conversation I think I said something like we would do it if 1) we put an insert into the front of the blade like our existing product line 2) have the Odyssey logo and name on the back” – Michael Magerman (President Odyssey Sport Inc.)

Vikash worked alongside David Duffy, Production Manager of Odyssey, on the putter and sent a finished product away to Dennis. It would receive the green light and the team made 5. 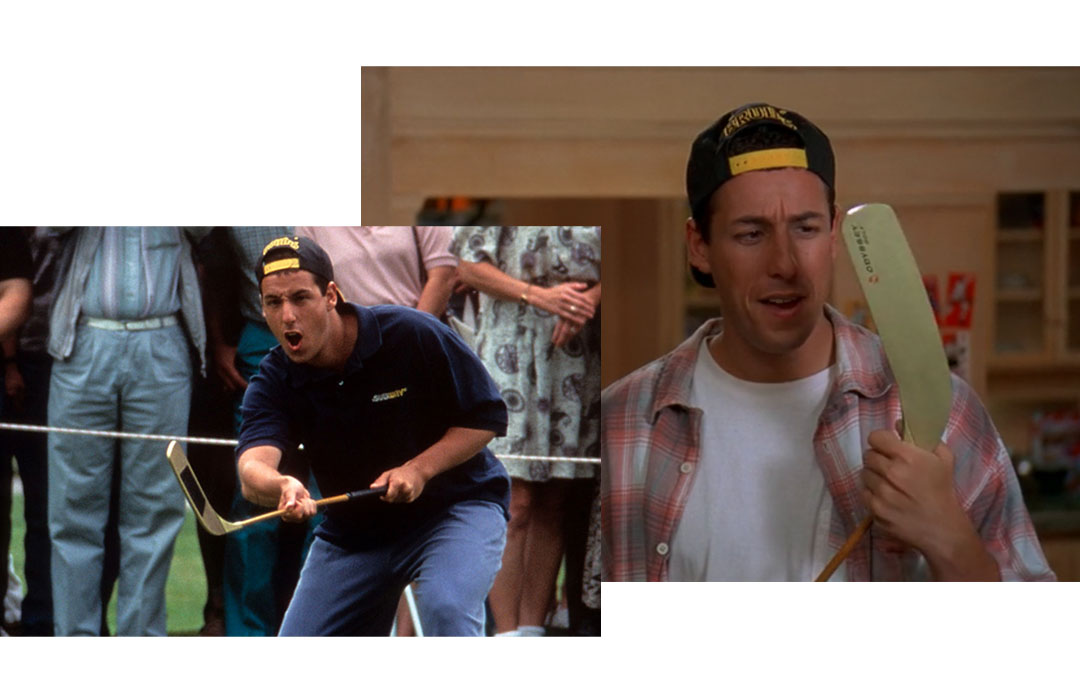 “If I recall correct we made 3 of the putters for the movie and kept 2 in the office should something arise while filming” – Vikash Sanyal (Vice President Marketing Odyssey Sport Inc.)

Leading up to the release of the film Vikash recalls requesting a pre-screen or VHS of the movie in hopes of settling his nerves and confirming he made the right call. He wasn’t exactly sure how this would help but the nerves were alive and well on release day as the Odyssey team made the 20-25 minute drive south from the Carlsbad offices to the theatre in Del Mar.

“When the theatre lights came on I remember Michael coming over and giving me a big hug”. – Vikash Sanyal (Vice President Marketing Odyssey Sport Inc.)

One year later Odyssey and Callaway reached an agreement on acquisition and the team parted ways. Fortunately, nothing arose during the filming of the movie and the two putters found new homes. Michael’s hangs out in his garage to this day while Vikash’s wenting missing during a house move a few years later. I can only assume it was Jesse’s Moving Co.

“Someone out there has a great keepsake. Fortunately, I got to hold on to the memories.” – Vikash Sanyal (Vice President Marketing Odyssey Sport Inc.)

If you’re in Winnipeg Happy Gilmore kicks off the Movies on Memorial festival on August 6th. If you have money to burn you can grab the putter off eBay now.