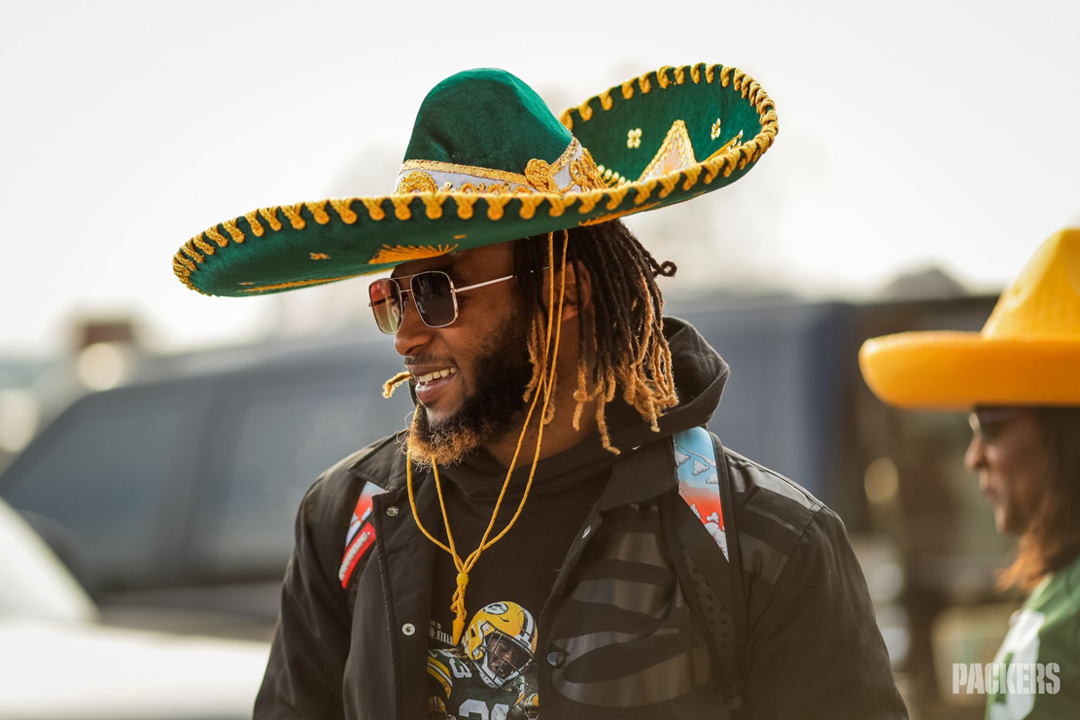 Green Bay running back Aaron Jones has had a season. Week 14 was a monster rushing for a season-high 134 on just 16 carries and hauling in six passes for 58 yards and a TD. Impressive stat line on his way to his third 100-yard rushing game of the season.

He followed that up in week 15 with 51 yards on 13 attempts and rushing for 2 TDs on the way to the Packers third win in a row. Not too shabby.

We were stoked to see Aaron stroll into Lambeau in week 14 and 15 repping a little Voak Sportswear. First in our Conference hoodie and Sideline jogger with a custom 1 of 1 tee we put together that of course had to feature imagery of the week 5 “$10,000 wave”. He followed it up with our Prospect hoodie in week 15. 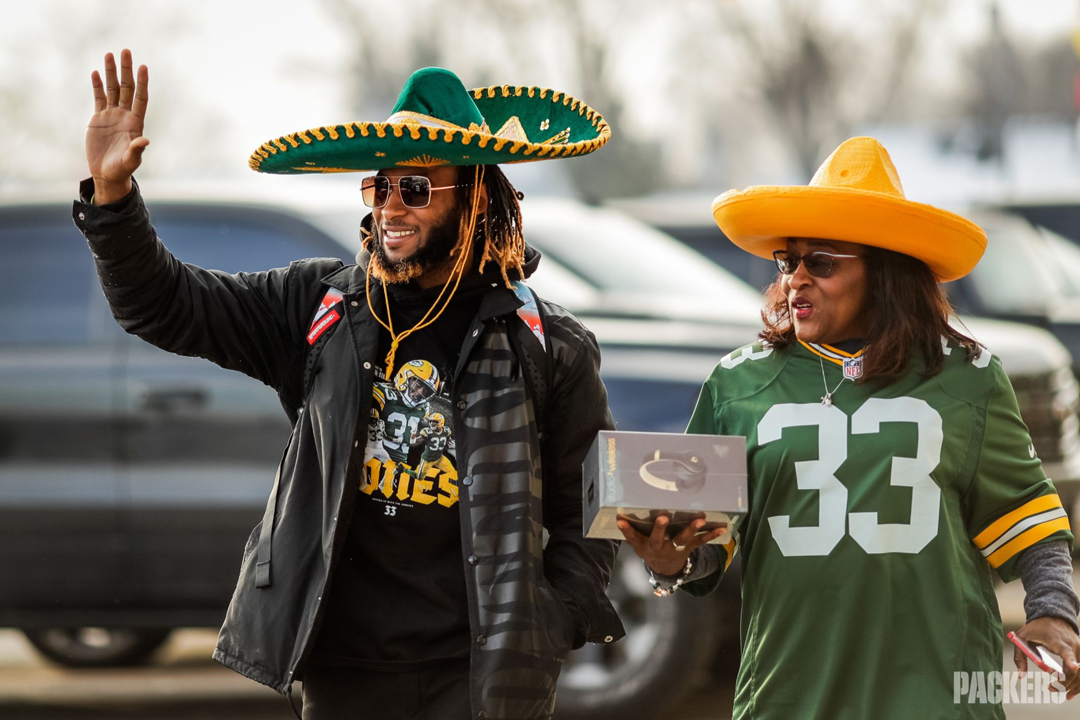