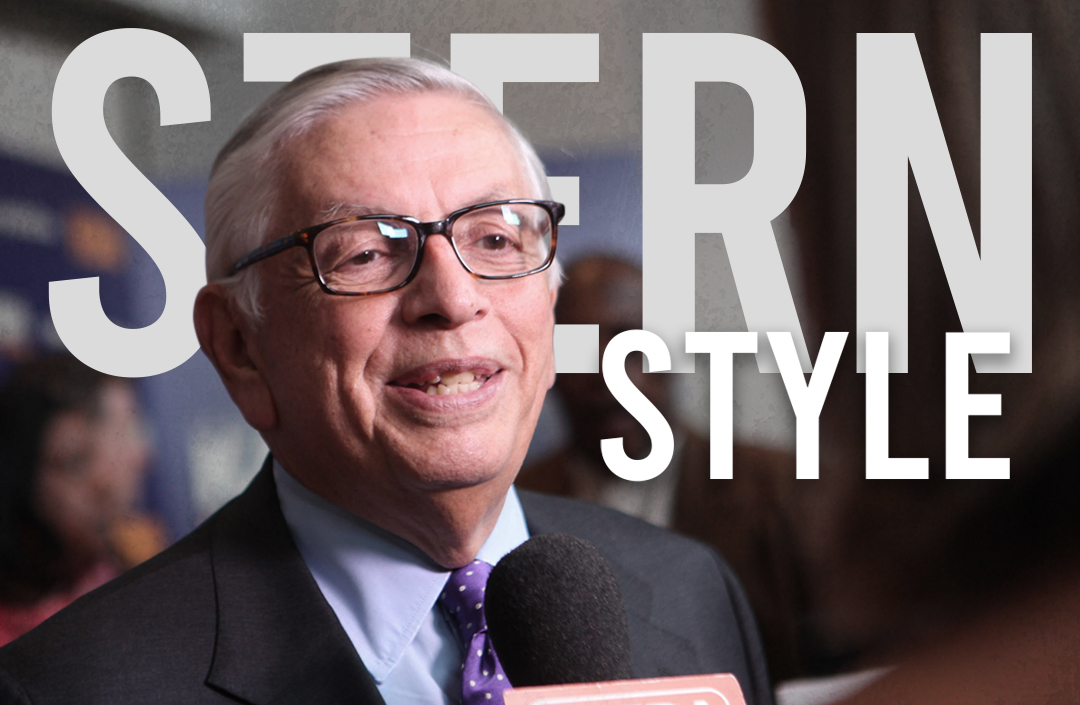 It’s October 17, 2005 and the dust from the ‘Malice at the Palace’ is yet to settle. The National Basketball Association is on damage control. The task at hand, repairing the image of the league and its players. Following the events in Auburn Hills Commissioner David Stern begins the process of PR image restoration. New league requirements are put in place: players are now required to sign autographs following pregame warm-ups and the NBA launches the NBA Cares Initiative. However, the most public alteration comes in the form of a mandatory dress code for all NBA and NBA Development League players. The first major professional sports league to implement a formal mandate.

Up until now the league and its players have worn a combination of baggy sweats, oversized throwbacks, Timberland boots and other early 2000 staples. Stern’s dress code bans nearly everything in the closets of some the leagues brightest superstars. In addition, t-shirts, jeans, jewelry and do-rags are axed as appropriate game day and official NBA event attire. The league officially adopts “business casual attire”.

• A long or short-sleeved dress shirt (collared or turtleneck), and/or a sweater.
• Dress slacks, khaki pants, or dress jeans.
• Appropriate shoes and socks, including dress shoes, dress boots, or other presentable shoes, but not including sneakers, sandals, flip-flops, or work boots. 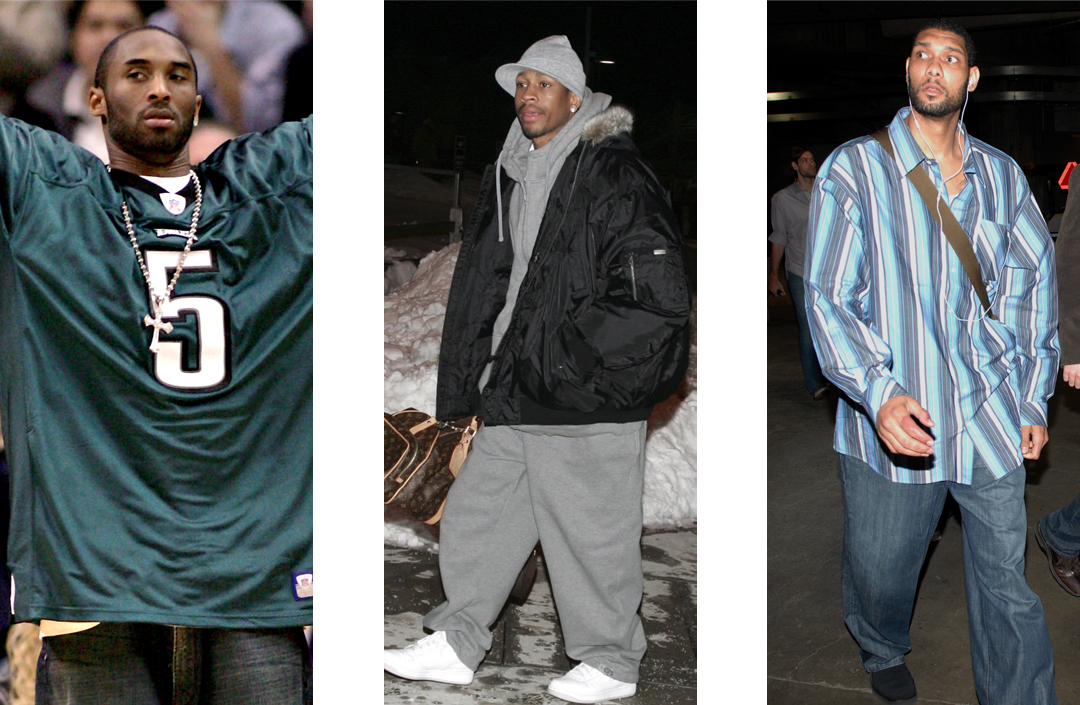 It doesn’t take long for players to vocalize their discourse regarding the application of the dress code which strikes a nerve with a number of the Association’s African-American stars. At the root of the opposition is the view that the dress code is a deliberate attempt to distance the league from the hip-hop culture, a culture that is woven into the DNA of many of its players. Allen Iverson, that seasons points-per-game leader, declares it as a targeted attempt on his generation and the hip-hop generation, while Jason Richardson calls the dress code “kind of racist targeting blacks”.

The dress code rolls into effect for the 2005-06 NBA season. The first round of fines are issued on December 6th and include 13 players all popped for wearing shorts that exceed the 1″ above the knee mandate. The $10,000 short fine goes out to players that include Nate Robinson, Stephon Marbury, Kyle Krover, Jermaine O’Neal, Stephen Jackson, Jamaal Tinsley and the outspoken and opposed, Allen Iverson. On top of the individual fines each team is fined $50,000 for each violation. The Players Association appeals the fines.

As the seasons went on the dress code proved to be mutually beneficial and evolved. It didn’t take long for players to begin to embrace the change. A rule once despised, spawned competition amongst natural competitors and opened doors to new financial opportunities. Trends popped up over night thanks to game day tunnel walk from the likes of Russell Westbrook, James Harden, PJ Tucker, LeBron James, Chris Paul and D’Angelo Russell. The inner arena concrete runways began to be a nightly showcase of individuality and designer fashions from around the globe. 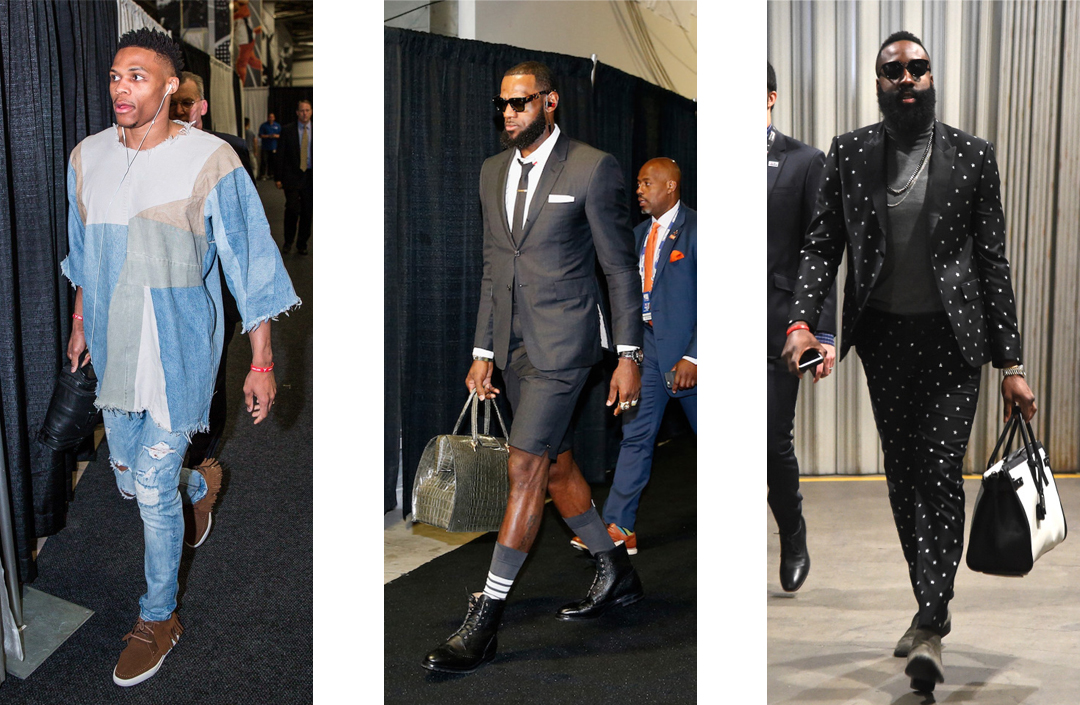 It’s inevitable that the NBA and its players would have transitioned to this sea of tastemakers we get to witness on weekly basis from October through April. Sure, it may have taken a bit longer or maybe wouldn’t have evolved to the state it is today. But I think we can all agree that the NBA is the most stylish league around.

I don’t know if we should credit Ron Artest for throwing bows at the Palace, David Stern with pulling out the PR life support paddles or Allen Iverson’s call for individuality and person expression. What I do know is the league and it’s players have made their mark on fashion and have added a level of game-day intrigue for fans of the sport and industry.