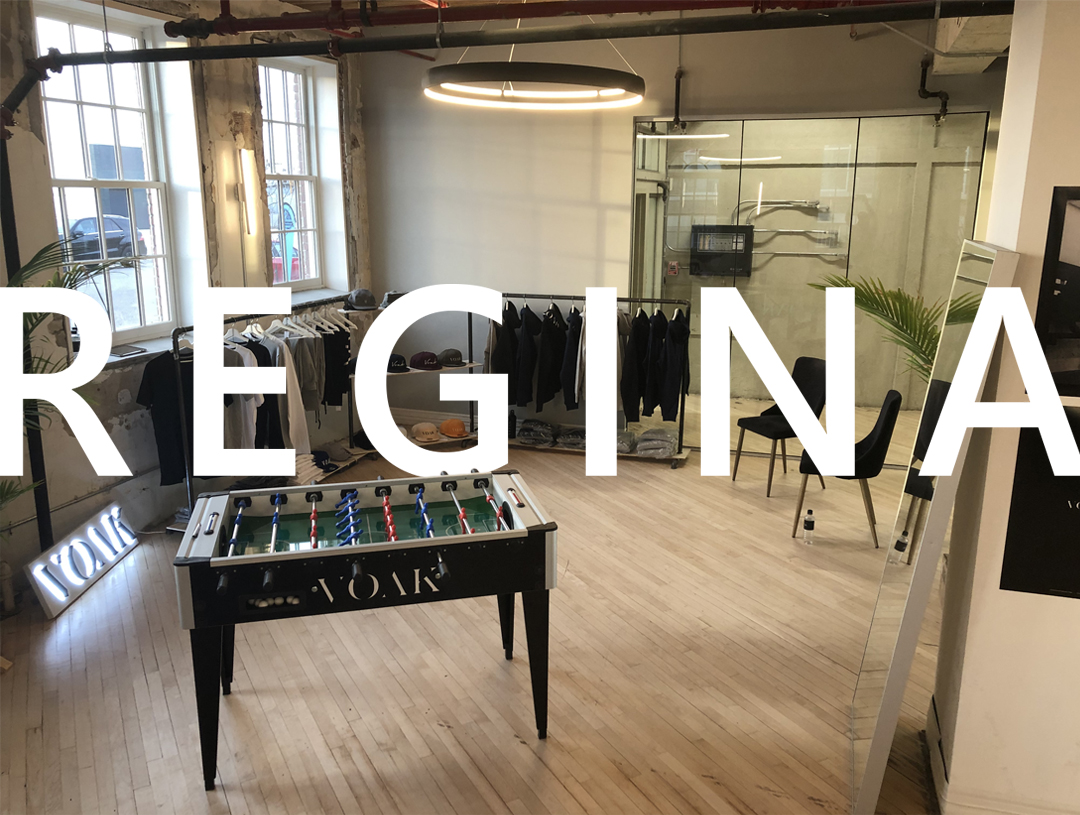 We are excited to be a part of the Heritage Classic festivities in Regina, SK this weekend with a pop-up going on Thursday and wrapping up Saturday prior to puck drop.

For those unfamiliar with what exactly the Heritage Classic is, I will break it down for you.

The Heritage Classic is one of the outdoor games played as part of the NHL regular season schedule. The game is one of three outdoor games along with the Winter Classic and Stadium Series. The Heritage Classic is the infrequent of the three that has exclusively featured Canadian teams, with the first hosted by Edmonton at Commonwealth Stadium in 2003.

This years game is the first time the game will be played in a city other than one of the two participating teams. Though in Regina, the home team for the game will be Winnipeg, so get your red, white and blue on.

We have decided to take the liberty to map out your Saturday agenda.

9:00-10:00 – Coffee and Donuts at The Everyday Kitchen. Here’s why – Katie is the only maker of sourdough donuts in North America and they are game over delicious. Don’t sleep on the donuts. Solid chance they are sold out before noon. Great spot to hang-out and feel that local atmosphere in the popular Warehouse District.

9:00-10:00 – And while you’re loitering in the old Weston Bakery space, known as Local Market YQR walk five steps over and visit us at our pop-up and play some foosball. Challenge us to a first-to-three foosball game. If you end up on the winning side, which is very possible given the dust on our game, we will give you 15% off your purchase.

11:30-1:00 – Grab lunch at Avenue Restaurant and Bar. Avenue is run by Top Chef Canada winner, Dale MacKay, well known for his Saskatoon establishments Ayden Kitchen and Bar, Little Grouse on the Prairie, and Sticks and Stones. All incredible. Avenue is his first venture in the Queen City and sure to hit the spot. Guests can expect old-school dishes made with high-level techniques. MacKay said they will elevate classics like Beef Wellington, souffles and perogies. If you want something a little quicker the recommendation is Italian Star Deli.

2:00-5:00 – Lots of options for the afternoon window. You can grab a beverage at JC Lipon approved Cathedral Social Hall or head to Pile O’ Bones boasting just about every local beer on tap. Tucked inside of Pile O’ Bones is one of Regina’s best Mexican spots, Malinche. Malinche is an authentic Mexican food project started by Mariana Brito that broke ground as a backyard food pop-up and evolved into one of the cities top food trucks, and now also calls the brewery home. A great early afternoon snack or pre-game dinner.

Other afternoon recommended stops include:

5:00-6:00 Get back here to Local Market YQR and have some beverages courtesy of Paperback Bev Co., one of Regina’s top mixologist, and dig in to some food at their pop-up. Yesterday featured pulled pork and beef dip sandwiches that were both home runs. Leave the car and hop on a free shuttle offered just down the street to head over to the fan fest and the game.

6:00-7:30 – Take in the pre-game festival at Confederation Park (1700 Elphinstone St) next to Mosaic Stadium. No ticket or admission to participate. Make sure to check out the Stanley Cup, which will be on hand from 2:30pm to 6:30pm, and if you brought the kids make sure to hit the Upper Deck booth to have your very own trading card produced.

Thanks for having us Regina.